Why Soil Conditions Are Important to Solar Foundation Design

“You can’t build a great building on a weak foundation.”  This famous quote perfectly encapsulates the importance of having an optimal solar foundation design. Strong buildings and solar projects depend on a strong foundation. For that reason, geotechnical engineers are crucial to the success of any building project, whether it’s a large-scale solar project or a skyscraper.

The field of geotechnical engineering focuses on understanding soil mechanics and incorporating field and laboratory test results into various types of solar foundation designs to build strong adequate foundation elements. Geotechnical investigations include a multitude of tests and analyses on soil to identify potential risks and challenges that may impede the construction process. What are the different types of soil? What tests determine corrosivity levels in soil? Can adfreeze pressure be damaging? We’re going to go through each of these questions and take a closer look at the geotechnical process behind solar foundation installations.

Geotechnical engineers complete a multitude of tests and analyses on soil to identify potential risks and challenges that may impede the construction process. 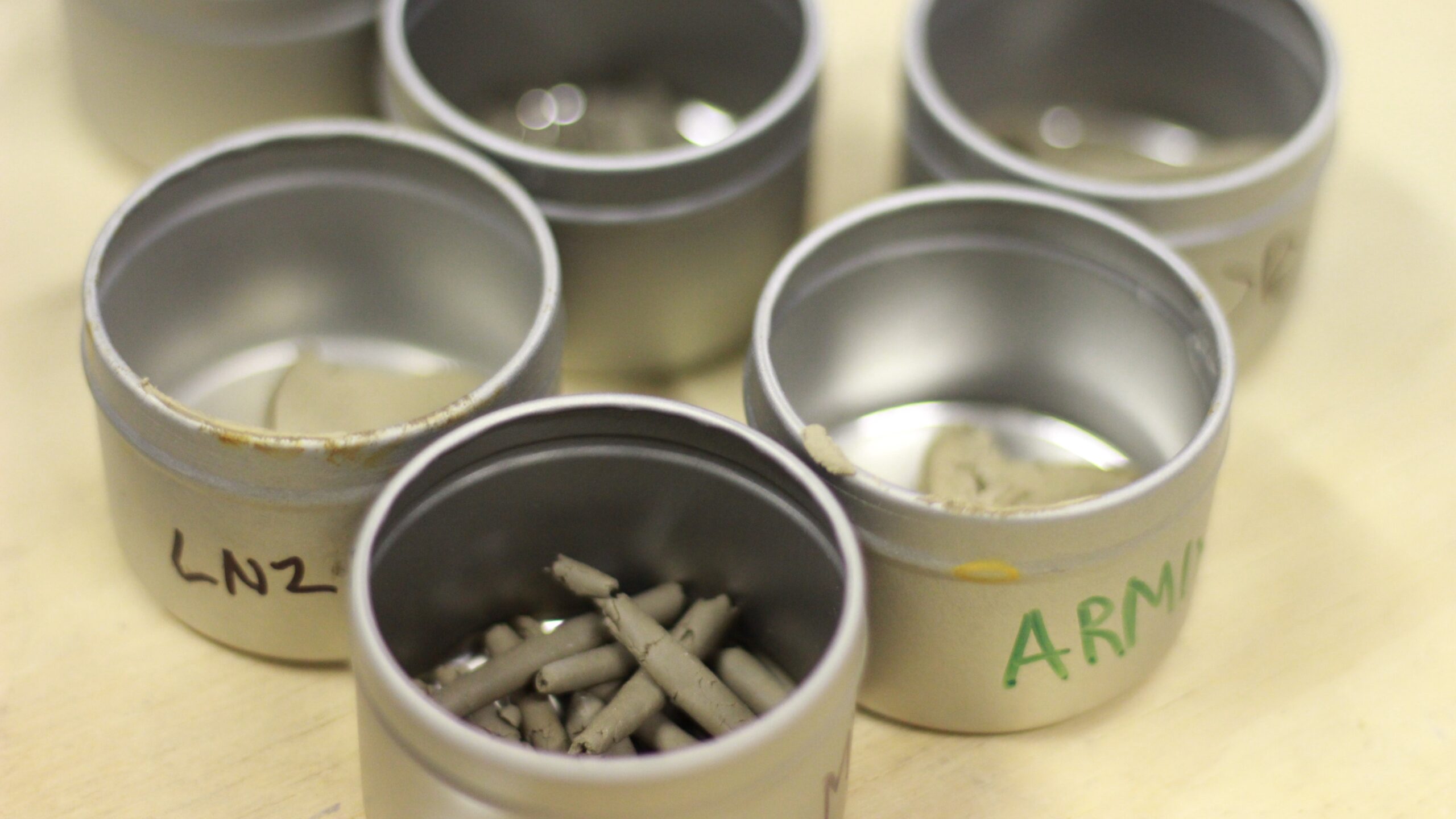 The Six Main Types of Soil

Understanding soil conditions helps developers reduce the number of design issues discovered during construction and alleviate some of the unnecessary costs and risks associated with not fully thought-out designs. In the worst-case scenario, which is the stuffing of every builder’s nightmare, a developer realizes soon after completing an installation that the soils were mixed in with peat and the structure has already begun to settle and is anticipated to continue to do so over within the next few years. To rectify the construction would result in significant delays and costs. Therefore, it’s imperative to complete soil tests and analyses even before the design process begins and, in some cases, reassess during construction.  Typically, PRI begins with collecting soil samples through either a test pit or borehole investigation. The lab results identify the soil properties which then determine solar foundation design.

You can split the soil tests into three categories; the first determines the soil type and classification and the second directly relates to the solar foundation design parameters, and the third concerns design verification.

There are quite a few tests to determine soil type and classification. Some common tests include:

The purpose of load testing is to confirm pile capacities, evaluate constructability, and assess pile setup3. Results from load tests determine the boundaries of the solar foundation design and indicate weaknesses in the performance of the system. Knowing those boundaries precisely gives you more leeway to optimize the design and ultimately reduce the cost of the system; while not jeopardizing structural integrity.

Knowing the soil types and structures and how they interact with solar foundations will help prevent construction issues before they crop up. Design tests should identify these problematic conditions and the engineers should take into consideration these issues while designing the foundation. Let’s talk about some of the top, most common soil challenges that arise during preliminary geotechnical investigations.

Frost upheave is a common occurrence in sites located in a colder climate and where groundwater is present. As the soil freezes, or as the frost penetrates the ground, water moves upwards and begins to form layers that force soil particles apart. This results in the soil surface lifting thereby weakening foundations constructed above these weakening soils.

Corrosive soil can become an issue for the buried structure as it can lead to structural failure. Several factors may influence the corrosivity of the soil. For example, aeration levels, salt content, acidity, and or galvanic processes can all be detrimental to the metals that the soils come in contact with.4 Damage from corrosion can be significant in terms of construction costs so it’s best to implement mitigation strategies to avoid potential loss.

Liquefaction is a phenomenon where the strength of the soil is reduced by an earthquake or other kinds of rapid lateral or shear loading. Liquefaction typically occurs in saturated soils where water is found between the individual soil particles. This influences how tightly the soil particles can squeeze together and determines the strength at which the particles can hold a structure in place. Shaking from the earthquake disrupts the soil structure causing the water to fill the gaps left between the particles. Needless to say, liquefaction can be a dangerous event that may lead to catastrophic consequences.

Bedrock can sometimes be tricky to work with as its hard surface makes it difficult to penetrate with foundational piles. Bedrock consists of consolidated rock and usually lies beneath loose deposits such as soil or ocean floor. Foundations can be built on bedrock as its tightly bound composition makes it ideal for supporting structures.

Constructing a ground mount solar facility is no easy feat and the very success of the infrastructure begins with a durable solar foundation. Understanding soil types and implementing proper testing are critical to the design and ensure a constructable solar foundation design. At PRI Engineering, our team provides a full scale of geotechnical engineering services for your project, from preliminary studies to detailed design and construction support. With over 100 years of combined experience, our team is confident in the integrity of our geotechnical tests and methods. 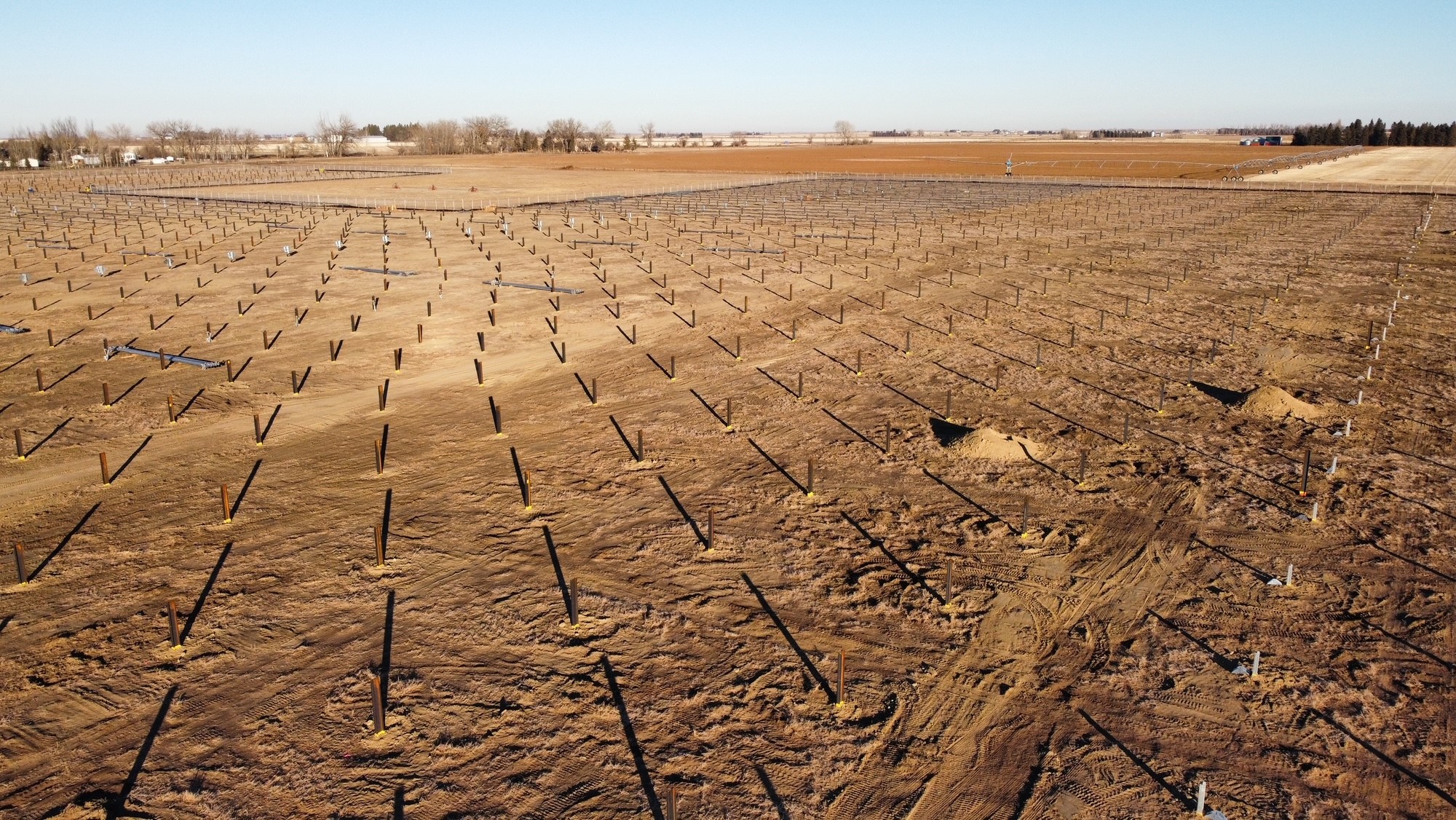 By pressing submit, you are agreeing to receive marketing emails from us. You can unsubscribe at any time by clicking the “Unsubscribe” link in the email footer.